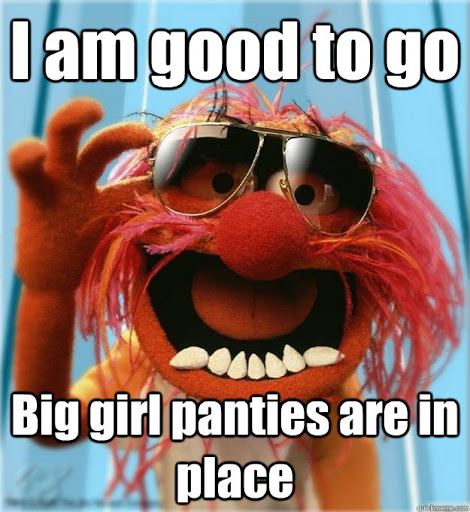 You know the times when repetitive words and phrases have been repeated so much you start to detest what they are?  This was one for me:   STAND IN YOUR POWER.  Ok, WHAT power????  I don’t have a cape or wear a big ‘S’ on my chest!

A few years ago, I visited a friend of mine talking about life.  As we compared stories, she said something about my “power”.  I had no CLUE what she was talking about.  In trying to describe it to me, she asked me why I felt like it was better for me to not be seen and to not stand out because once upon a time, I used to!  She thought me to be a force to be reckoned with!  Sadly, my answer to her rolled off my tongue in such a way with such conviction, that I truly didn’t know where it came from.  “Because when I stand in my power and line up, it’s going to hurt some people”.  I was baffled by my own statement.  Who the HELL said that???  She digested what I said and after a moment she concurred that I was, pretty powerful.

Having said that, I want to clarify what that means to MOI.  It’s the moment when you are “ON”?  Like, the stars are super bright out.  The weather is perfect.  The birds all sing when I walk by, and you have “THAT” feeling.  Some people might call it an “invincible feeling”.   Well, that’s what it feels like to me when I feel in my power.  I’m strong and determined. It’s different for everyone though.  What might be power to me could be insignificant to you.  That’s ok!  Anyway, I left my friend with self-assigned homework to dig around in my bag of tricks to find out where this “said” power was that I once had.  Furthermore, why it left!  I also had to come to terms with what I said about not wanting to hurt some people.  Like, what did THAT entail?

All I knew was that for a window of time I felt powerLESS.  The light that used to shine so brightly in the form of happiness, desire, and dreams was now, well, I didn’t know where it went.  I didn’t even know how long it had been gone.  It wasn’t something that disappeared instantly.  It was a slow disintegration that you did not realize was happening.  Looking back, I just kept adjusting myself to whatever was going on as the new normal, instead of being in my own power and standing taller. I had to ask myself, when WAS the last time or instance I felt powerful?  I dug up a moment and recalled how I felt. Now, benchmark to work from.  THAT WAS MY POWER my friend was talking about.  Sooooo…. Ok, I was onto something.  Wasn’t sure exactly what it all entailed but I knew that something was there.

Gotta love how Spirit works moments into your life that make you take notice. One evening I was headed home from work.  Suddenly, this feeling came over me that all the car drivers were getting irritated with me and I was “bothering” them.  It wasn’t even in rush hour traffic, let alone on a busy road.  I sped up to get into the turn lane to turn into my neighborhood fast because I (wait for it!) ‘DIDN’T WANT THE PERSON BEHIND ME TO BE MAD AT ME’.   OOOOH OOOOH!!  Let me say it for you and state how insanely ridiculous that thought was!  HOLY COW!  Sadly, that was where I had gotten to. So, excuse the French here, but, WHAT-THE-HELL?  Seriously?? Did I REALLY just acknowledge that my driving on the road was somehow irritating people and that I should feel bad about it? Did I actually feel bad that I inconvenienced THEM because I was on the road at the same time?

Let me tell you, THAT experience right there was the straw that broke the camel’s back.  In that instant it was like my Angels took over and made me pull off the side street and stop the car. I could hear them say to me ‘OK, THAT’S IT!  WE’RE TALKING RIGHT NOW!’ I felt outside my body watching me scold myself.   UN-REAL!!!

I WAS SO MAD AT MYSELF!  THAT right there was a massive lesson Spirit made for me. My Angels made sure I understood.  I was SO-NOT in my power that I was concerned that a stranger MIGHT BE MAD AT ME???   How absolutely RIDICULOUS is that????? (go ahead, you can say it!)  At that moment on the side of the road and only two streets away from my house, I had a whirlwind of emotions come upon me. The tears started. I was mad and so ashamed that I had let myself get to that point!  A plethora of feelings overwhelmed me.  This was not me at all.  Spirit made sure I got the message loud and clear.  How did I get to this point?  But alas… it was a starting point to see how truly powerless I had allowed myself to become.  Knowing this helped to stop the bleeding and work on getting back to power again.   Note taken!

Was I fixed by that one instance?  OH HELL NO!  I felt aware but certainly not fixed.  No siree!!  I had to face that I had some very big underlying issues that needed to be address.  I thought about taking a general survey of those around me, but I decided to work on this little project myself!

Another “duh” moment came for me by a friend.  Don’t you love friends that bring lessons???? (*NOT*) I admit, we were slightly competitive about certain things, but not things you would normally think.  It was goofy stuff! One Saturday, we were comparing what we each accomplished for the day.  I was plum-proud that I push mowed my grass. (LOVE cutting the grass!)   My friend bragged that they used a riding lawn mower.  For some reason, I had it instilled into my head that because I pushed mowed, ‘I was harder worker’.  My friend, realizing I was looking for an extra star for my efforts, looked at me and said “just because you chose to work harder doesn’t make your accomplishment any better. I just chose to work smarter by using a riding lawn mower”.   If you could have heard the loud glass-crash effect in my head. *MIND BLOWN*- WOW!  That one stung!  It made me realize how much I hung my hat on the fact that my power and efforts were only valued if I worked harder than everyone else.  ( Funny how no one had ever pointed that out to me before.)  I learned many lessons from this friend over the years.  This was one of many.  The bigger question was why did I not see this in myself?

For me, one of the biggest realizations that I was not in my power, and actually still struggle with to this day, deals with airlines.   You know that long and boring lecture we all ignore when we fly? (except for the funny ones!  Those I listen to with full interest!)  You’ve heard it; “in case of loss of cabin pressure, place the oxygen mask over your own face before helping someone else”.   I KINDA still have a problem with this!  WHY?  Because I want to help everyone!  I absolutely would be the person that helped the person next to me FIRST. I really don’t understand why this is not right. It was pointed out to me that there-in-lies the issue at hand.  Your power is to take care of you FIRST.  THAT-IS-YOUR-JOB.  The other person needs to take care of themselves.  That is THEIR job! (children and elderly do not apply here) I was still not acknowledging my power by putting the needs of others before me.  I was not taking care of “MOI” first.

So now that I had three very clear examples pointed out to me, (well, ok, there were  WAY-more but I am only going to admit to three)  I addressed my earlier comment about possibly hurting people if I stand in my power.  You see, when you’re in your power and don’t allow people walk all over you, some people get MAD.  They claim you hurt THEM because you didn’t allow them to walk all over you.  You HURT THEM when you say no or when you set boundaries. Just because they are mad doesn’t make them right! If it is not to their benefit, they get mad and hurt.  They expect your forgiveness every time THEY did something wrong and YOU didn’t allow it.  If not, you hurt them.  I could point out more.  Unfortunately, this was a glaring example of what NOT BEING IN MY POWER LOOKED LIKE.  I had to come to terms that I was going to lose “friends” because I wouldn’t tolerate that behavior any longer, because they were ‘hurt’.

Don’t you love learning curves?? When the student is ready the teacher will appear!  These lovely examples were brought to my attention for me to finally see very clearly. My Angels made it feel like a time-out review and I did not like what I saw. I finally got it though. Through the examples of what not being in my power looked like, I was now able to define what standing in my power DID look like. It is drawing a line in the sand to say NO.  Its defending what you believe in and what you expect.  It’s not backing down. Standing in your power doesn’t have to be loud.  I don’t have to shout or get mad. I just need to speak the hell up and be ok if someone else doesn’t agree with me.  I am in charge of ME.  THIS IS MY POWER.  HANDLE IT!  GUESS WHAT?  People get over it and move on to someone else that hasn’t realized how to stand in their power. Ironically, that is them standing in THEIR power. Trust me, this is no great loss!

That was my lesson in all of this.  ITS OK IF SOMEONE ELSE FEELS SLIGHTED because you took care of what is important to YOU- FIRST. Most of all, know who you are but also who you aren’t.  Know inside what your capable of. It’s the foundation and essence of you at the very core.  Finally, you owe no one an explanation. Although at times we all feel compelled to explain. (Hush! I’m WORKIN’ on it!)

In closing, I would like to announce that my thesis: STANDING IN YOUR POWER is pretty much done. Unless of course, my Angels decide to create a pop quiz.  Oh, it’s been a long road to get here, alright. I still fight the urge to work harder and not smarter on occasion. (Hey, old habits are hard to shake!)  Being aware, helps. I have pulled my big girl britches up under my chin! Lets hope the elastic holds, cuz, thems’ BIG BRITCHES!